Buzz Better Than a Bite 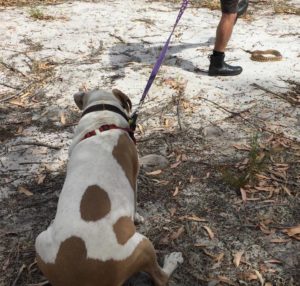 The training technique is surprisingly simple and takes less than 30 minutes for most dogs. We looked at various methods to help to try and prevent canine death and injury from snakebite. Having considered the options and travelled to see other trainers in action overseas we realised the e-collar method is the only viable and effective way forward. Simply put for many dogs it works very well. Positive reinforcement just doesn’t work. If it did that’s the way we would go. If you think it does, please explain how!

“I understand people’s concerns about the collars but when it comes to life and death, really nothing else is going to be nearly as effective,” says Veterinarian Dr Harradine from Bunbury. “Used correctly, the e-collar can be very valuable.”

Dr Harradine says dogs have been bitten even on leads and the risks are just too great not to do the training. In country Western Australia where she practises, deadly brown and tiger snakes are the most prevalent.

Vets say one of the biggest obstacles to timely treatment with antivenoms is how dogs often respond to a snakebite. They can collapse and vomit and then appear to recover. However, other toxins are at work in the body that can result in paralysis and breathing problems, bleeding and kidney and muscle damage. At this point, it is a struggle to save the patient.

Dr Harradine encourages people to consider the potential monetary cost of snakebite too. A vial of antivenom can cost over $1,000 and sometimes a patient needs more than one. Then there’s the added expense of oxygen, drips and intensive care. In some of the cases that end up in major emergency centres, the bill has been in excess of $25,000.  Average costs if you get to a vet in time for treatment is around $2,300. Many dogs just don’t make it to the vets at all.

Snake avoidance training by comparison can cost as little as $195.